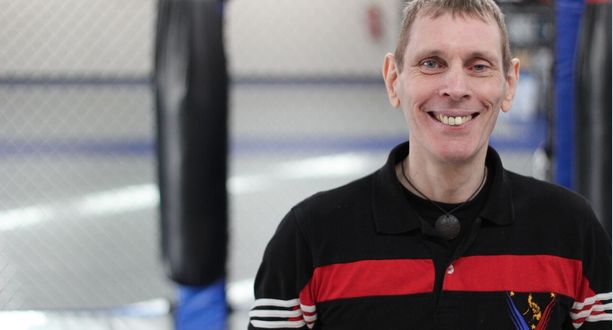 01
Jul
A martial arts expert is offering free workshops teaching Plymouth people how to survive a knife attack – and defend themselves against deadly terrorists.

Anton St James, owner of Masters Academy in Stonehouse, says people need to be prepared to take action if confronted by a vicious attacker.

Following the recent incident in London, Mr. St James felt he could use his expertise to educate the public.

“We use self-defence as a martial arts skill, but it seems to me there is more to it than just physical intervention,” he told The Herald.

“Learning how to deal with a situation can have lifesaving consequences, providing you know what to do.”

Mr St James says the most important thing to remember is to be aware of your surroundings.

“All too often we see people walking around with headphones in, or looking down at their mobile phones, he said.

“Just having a better level of awareness can put you in a better position.”

He advises people to move away from danger if they can.

Police on the scene near Finsbury Park Mosque in north London, after a man driving a van drove into pedestrians, killing one and injuring ten

“If something does start to look nasty, or you don’t feel right, trust your instincts,” he said.

“Instead of rushing headlong into trouble, turn the other way and go in a different direction.

“If that is not possible, we have ‘code red’ survival strategies which were actually utilised very well in the London Bridge attack.

“Barricading doors, throwing things at the attacker, creating barriers to entry, getting behind cars or buildings.”Again, it’s about being aware of what is around you that you can use to help defend yourself.

“Tables, chairs, anything like that can be used to keep the person away from you

“Not everybody has the self-defence skills to be able to use intervention techniques.”

The workshops also touch on techniques for managing ‘catastrophic bleeding’ – including how to make a tourniquet and how to pack a serious wound.

The first workshop, on June 11, was attended by around 30 people.

The next one is schedules for Sunday, July 9 from 11am to 5pm at Masters Academy in Rendle Street.

At the end of the workshop, candidates go through a live scenario designed to test their learning.